Get fresh music recommendations delivered to your inbox every Friday.

Moments from the Life Stories of Strangers - Pt. 2

by Steven Chesne with The Luminous World Orchestra 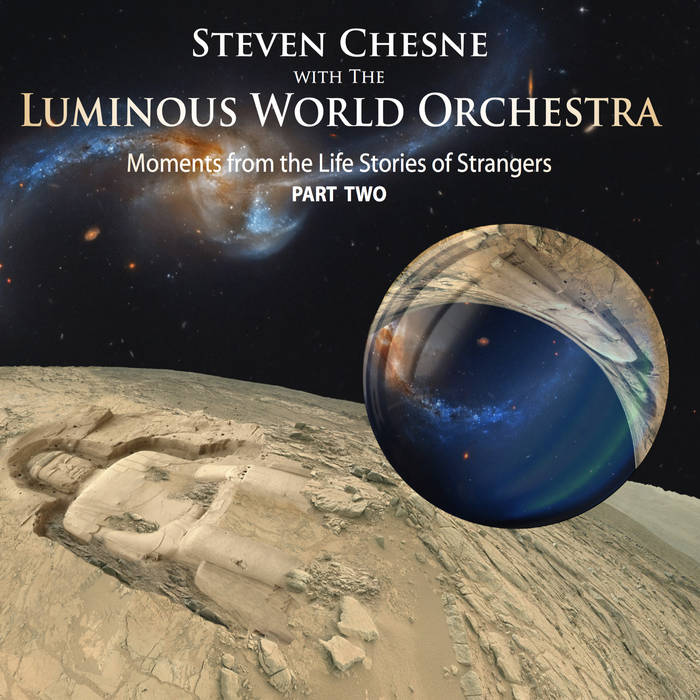 Steven Chesne’s career has spanned symphonic, historical, and world music, as well as music for film and television.

Chesne has composed the scores for over 300 episodes of prime-time, network shows including “Batman: the Animated Series,” “Family Man,” “Family Matters,” “Getting By,” “Girls Across the Lake,” “Hangin’ with Mr. Cooper,” “The Hogan Family,” “Kirk,” “Life Happens,” “Perfect Strangers,” “Step by Step,” “Two of a Kind,” and “Valerie.” The orchestral score for “Batman: the Animated Series” was nominated for an award by the International Film Music Critics Association.

Chesne has also scored 17 theatrical art-house films including “Zen Noir,” “Debating Robert Lee,” “The Trip,” and “No Turning Back,” leading the American Society of Composers, Authors and Publishers (ASCAP) to hold a public reception at the Director’s Guild of America, to honor Steven’s creative contribution to art-house cinema.

Chesne studied film composition with David Raksin and Earl Hagen, and classical guitar/Renaissance lute with Pepe Romero and Jim Smith. He has received numerous awards for outstanding achievement for his compositions from several organizations including ASCAP, Billboard, the USC School of Music, and the USA Songwriting Competition.

Steven Chesne has composed the scores for over 300 episodes of prime-time, network shows, 17 theatrical art-house films, and 4 symphonies.
Chesne’s recordings made New Age Reporter’s “Top Ten.” They also reached the Top 20, and in many cases, made it to #1, in over 20 different international New Age and neoclassic programs. ... more

Bandcamp Daily  your guide to the world of Bandcamp